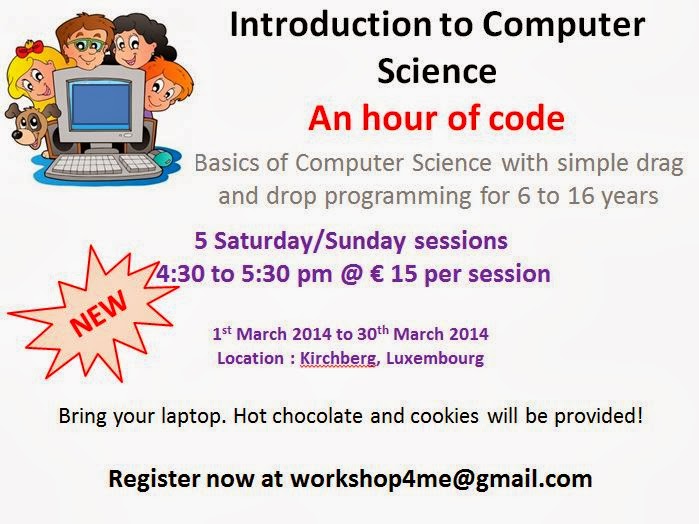 As you already know, computers are used in our lives in more ways than we can imagine. As time passes, this trend will continue. Whether one chooses to be a doctor, fashion designer or space scientist, some knowledge of computer science and coding is beneficial. We do not need to wait till later to bring logical, problem solving thinking into our kids. In the future, we will need more programmers and coders than we have. You can watch this video to know more

Please feel free to register and pass along to your network.


As always, we started with a review session of the last lesson. Then we got onto writing algorithm to draw a pattern made on graph paper such as shown below.


First we wrote text to describe it. Everyone soon realized why it was important to use code or programming key to write algorithms. So we then replaced the text by symbols. Then the class was able to see that if the same symbol was repeating, it is possible to come up with an easier way to depict it. For example 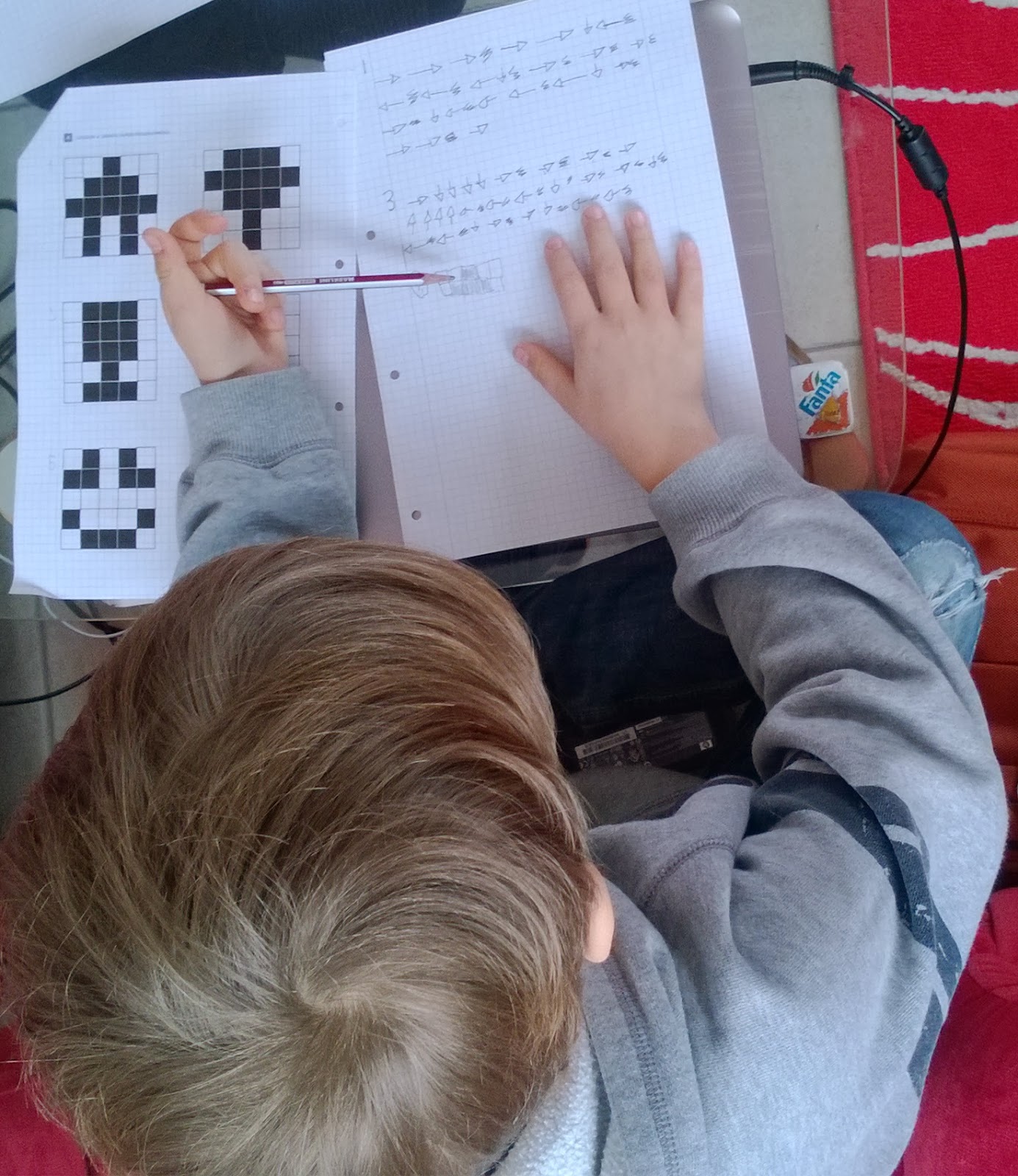 Some children also opted to do a more difficult pattern with two colours and used functions in an optimal manner. Overall a good session where basic concepts used in many programming languages was explained in simple words! After the break with warm milk and cookies, it was time to try different coding games like light-bot, kodable or code.org to practice the concepts learned.

Another nice weekend of coding completed!